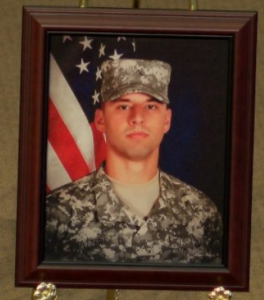 Drew was born in Evansville, Indiana on November 15, 1994 to Scott and Karen Watters. He graduated from North High School in 2013 where he was a standout basketball and football player. He attended USI and IUPUI before enlisting in the United States Army in 2015. Drew’s life ended tragically in an Army training exercise on November 4, 2018.

Evansville NYBA is a 501(c)(3) non-profit organization. All donations are tax deductible.